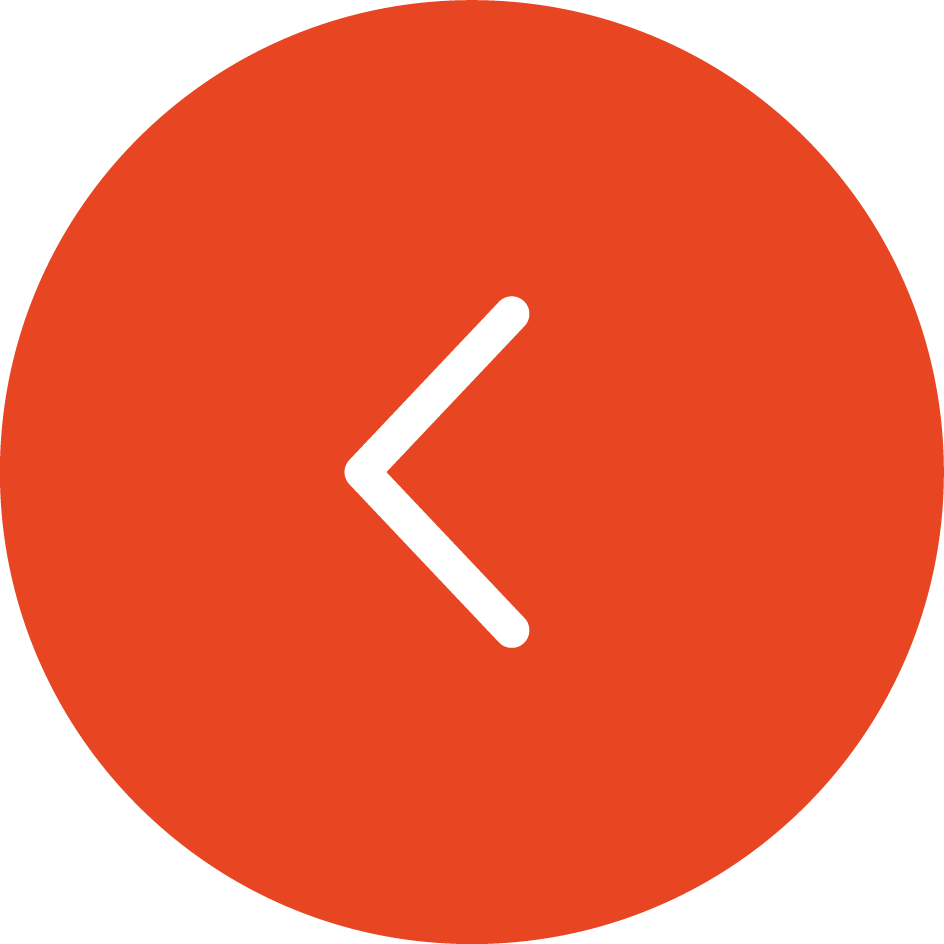 The Photocatalysis is a natural phenomenon in which a substance, known as photocatalyst, modifies the speed of a chemical reaction through the action of light (natural or artificial) Most applications use photocatalysts with a dioxide titanium base (TiO₂) which need UV light to activate the process.

The development of a new photocatalyst tungsten trioxide based (WO₃), significantly incremented the photocatalysis effectiveness and solved the problem of the UV light employment because the photocatalysis is activated with visible light, not dangerous. When exposed to visible light, the WO₃ absorbs and converts the light energy into electron and electron holes WO₃ reacts with water (air humidity) to produce hydroxyl radicals (OH-) and with oxygen to produce superoxide anions (O₂-).

Billions of these high oxidant species are created in billionths of a second and work to decompose matter at molecular level The result is an effective decomposition of the polluting organic and inorganic substances (comparable to all fine particles PM2.5 PM10), of microbes, viruses, nitrogen oxides, aromatic polycondensates sulphur dioxide, carbon monoxide, formaldehyde, methanol, ethanol, benzene, ethylbenzene, nitrogen monoxide and dioxide, etc.

The strong oxidative effect permits to use the tungsten trioxide based photocatalyst as photocatalytic disinfectant. Although several research studied the photocatalytic inactivation of bacteria, only a few tackle the virus inactivation. San Raffaele Hospital has tested the effectiveness of this filter, that inactivates the COVID 19 virus. 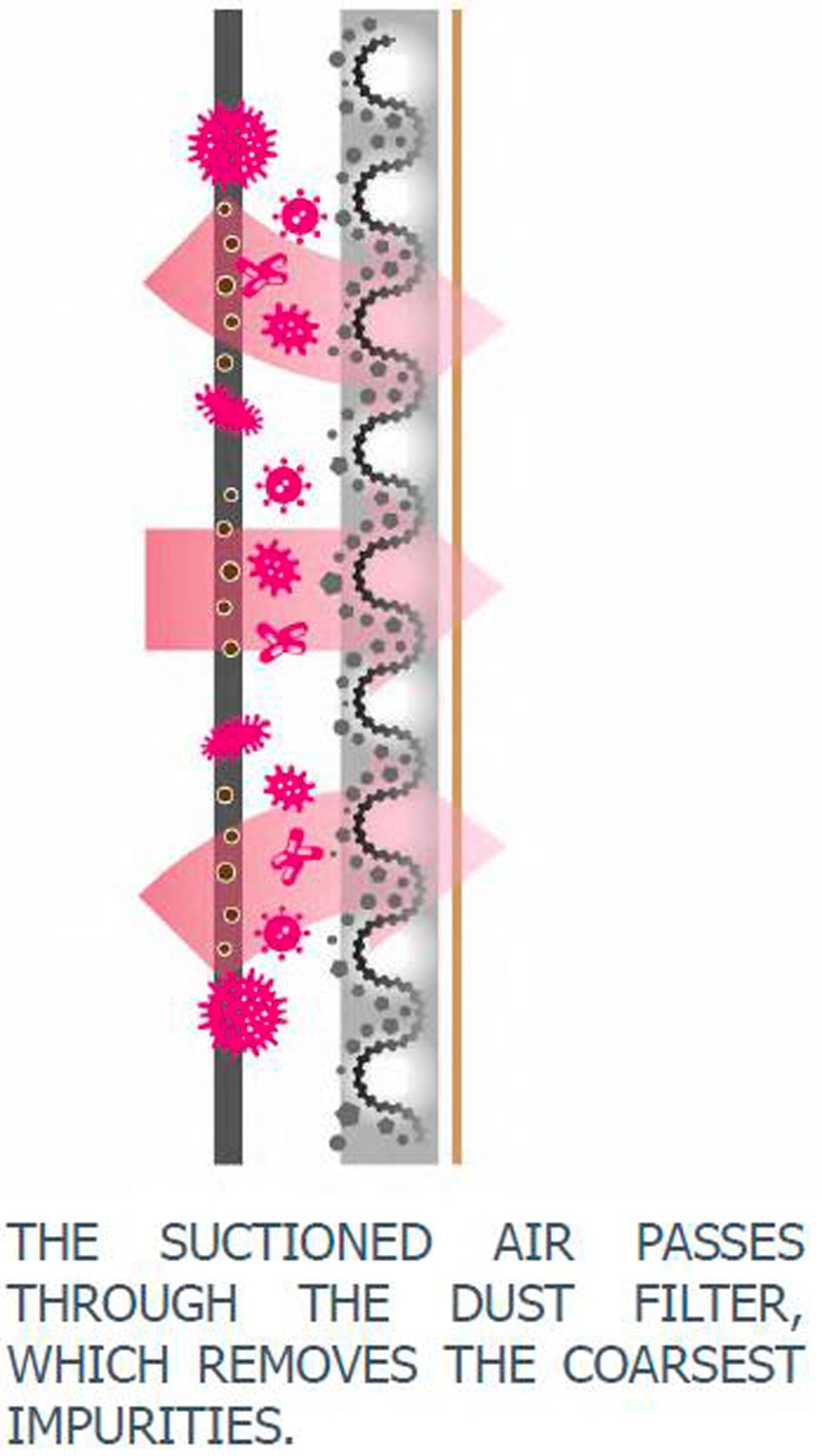 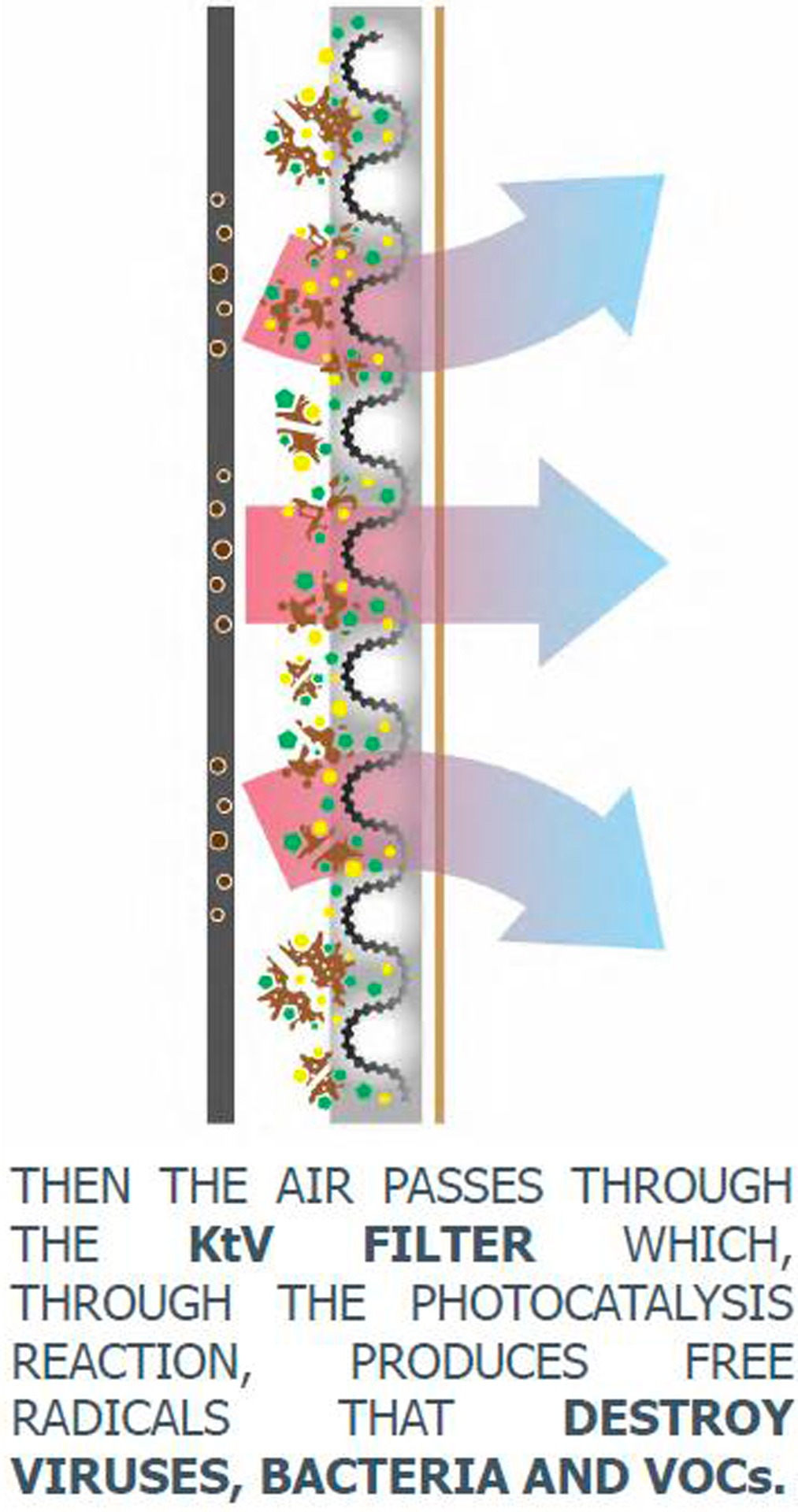 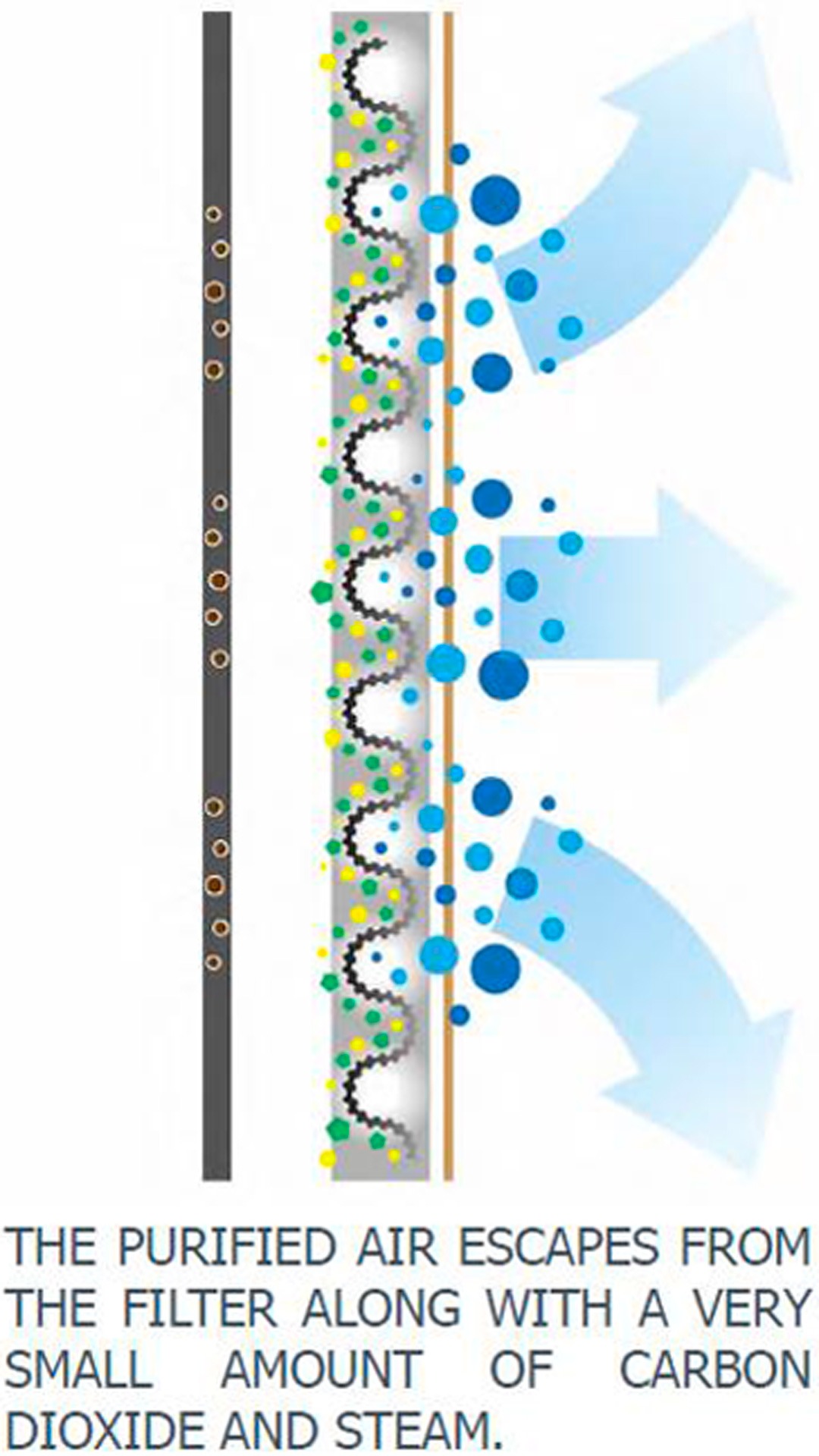 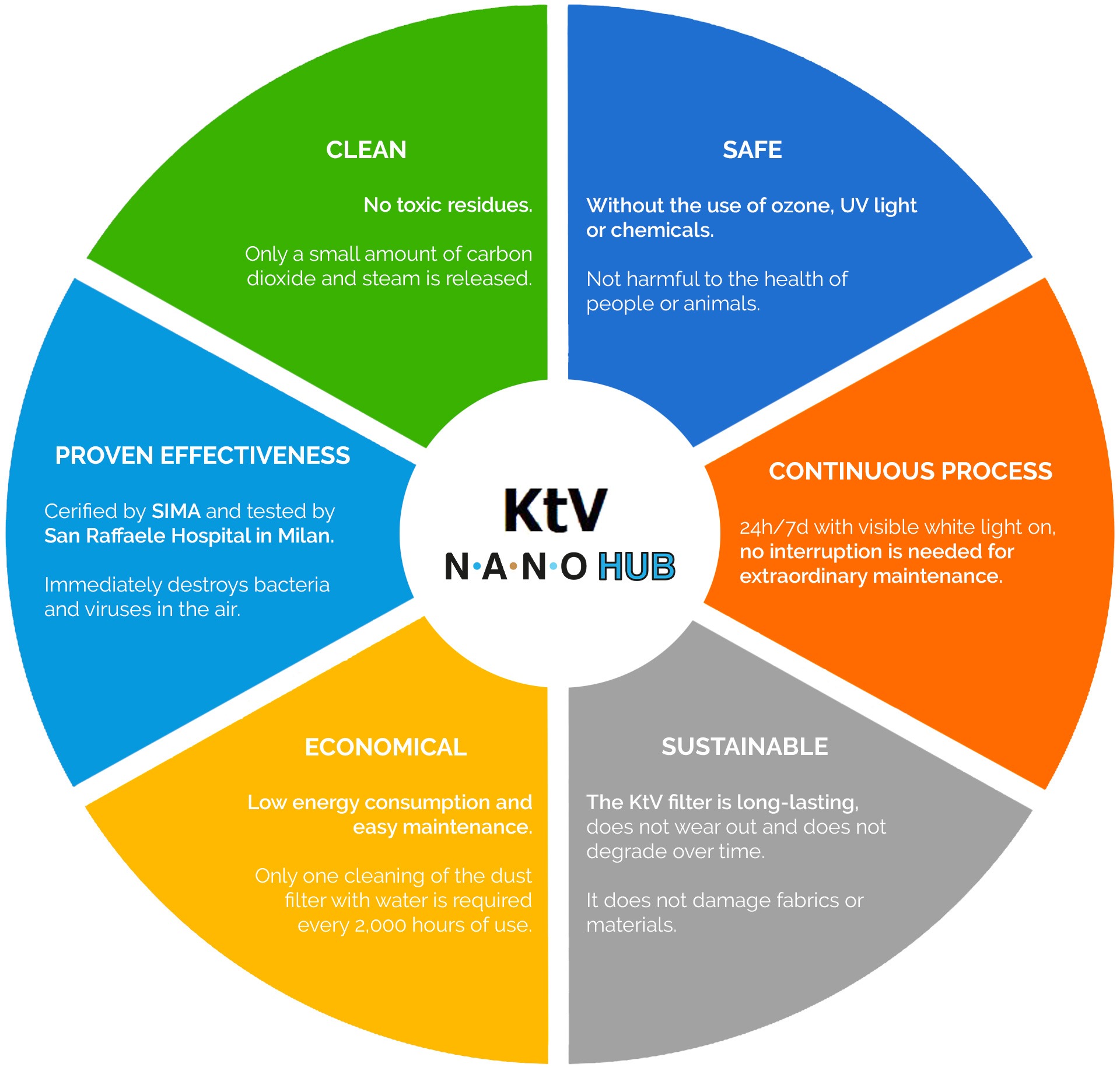 The patented KtV filter was tested by Dr. Elisa Vicenzi, Director of the Viral Pathogenesis and Biosecurity Unit at San Raffaele Hospital in Milan.

A test in liquid solution was carried out to verify virus inactivation after treatment with the KtV filter at four intervals (10 20 30 and 60 minutes). 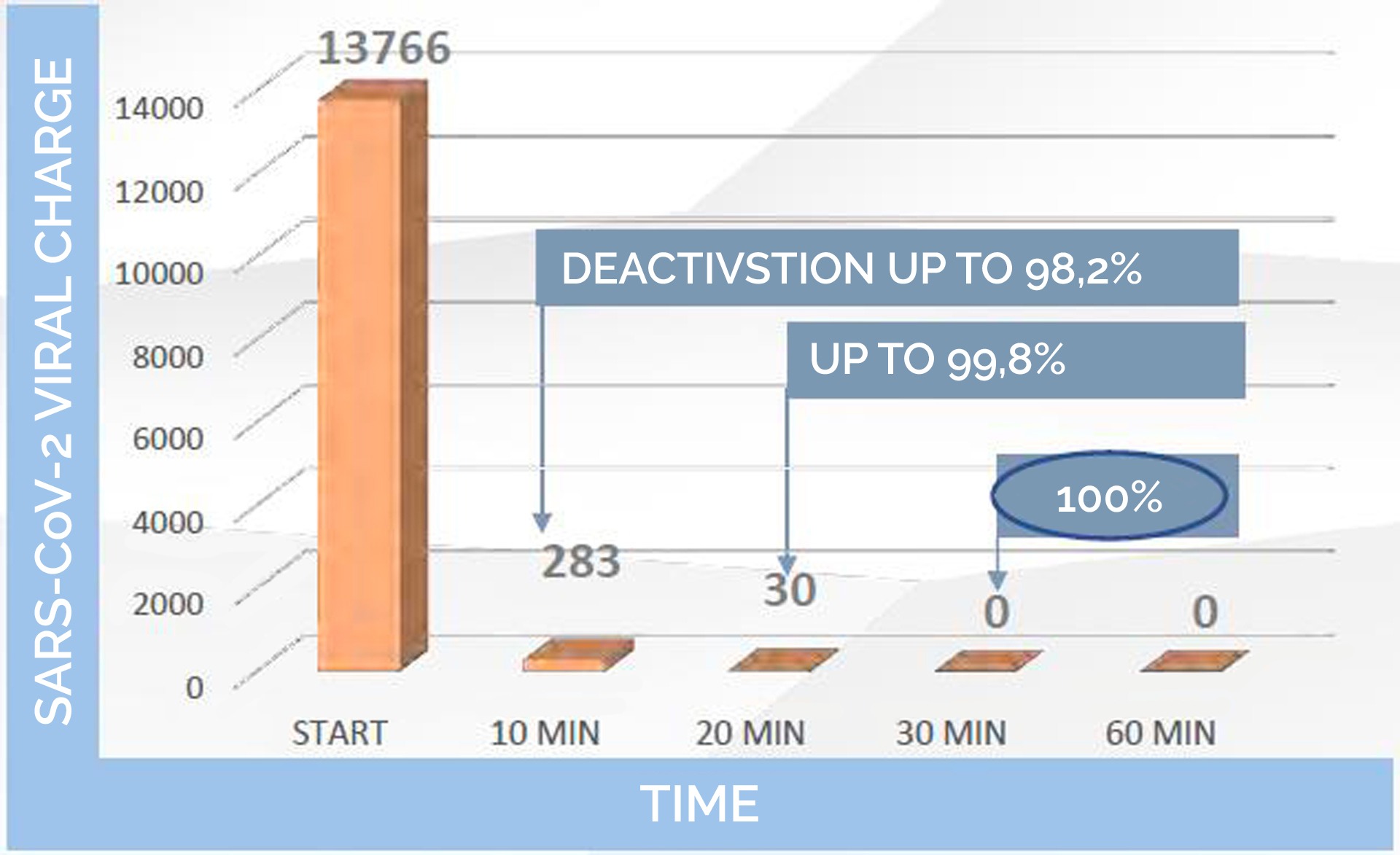 The Italian Society of Environmental Medicine only grants its ‘SIMA VERIFIED’ mark to companies that submit their products to scientific validation by a third party public institution.

SIMA has verified the test carried out at the San Raffaele hospital in relation to its ability to inactivate the Sars-Cov-2 virus and has deemed the M PURE KTV technology by NANOHUB worthy of its SIMA VERIFIED mark.

All our diffusers can be equipped with M-PURE KTV. One example of many available: 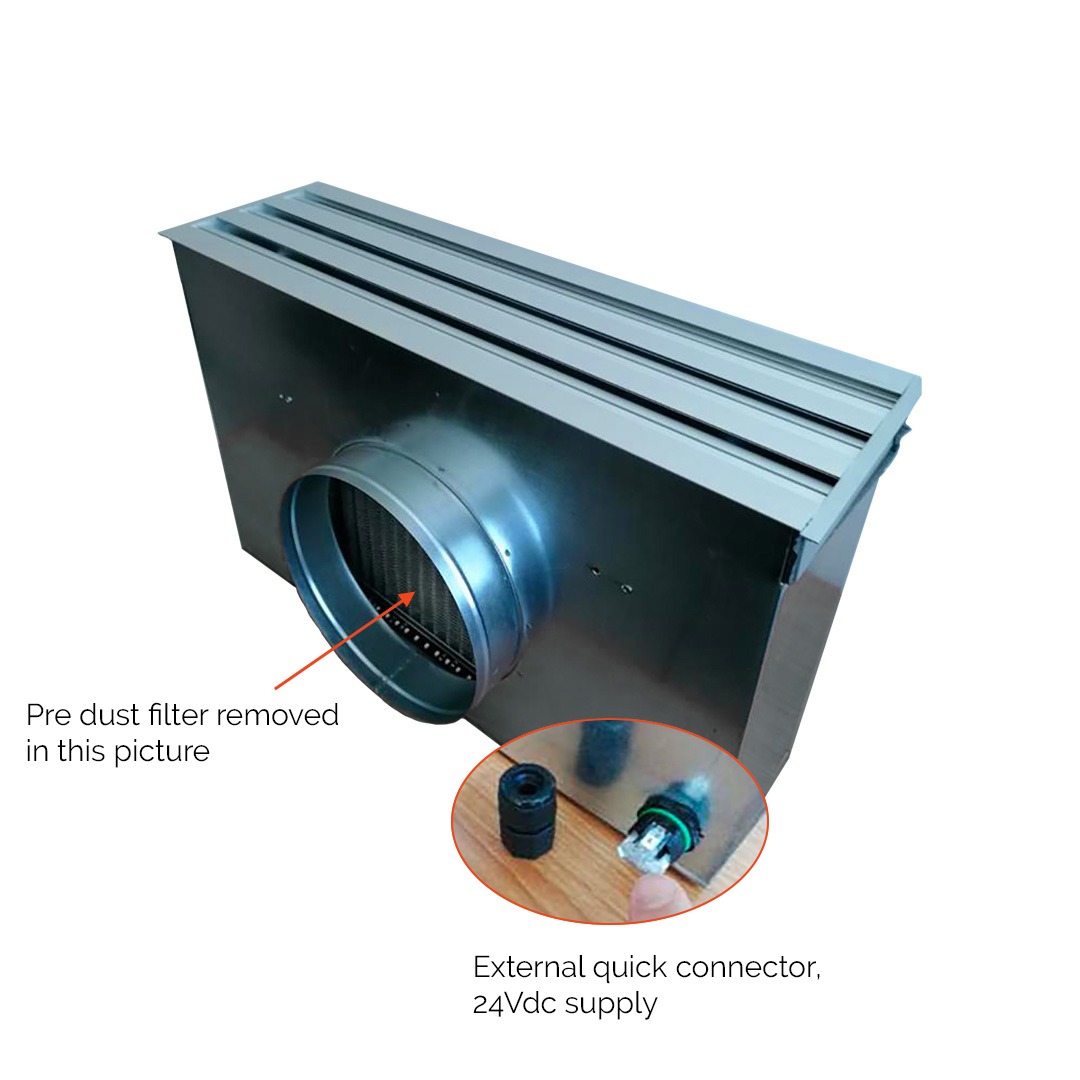 M-PURE KTV with NANOHUB technology is the only one in the market able to reduce the presence of ethylene in fruit and vegetable department of supermarkets, bringing significant benefits in conservation and shelf life of fruit and vegetables.

With M PURE KTV installed in a specific stand-alone ventilation system supplied by MP3, waste is reduced by up to 30% and shelf life is prolonged.

There is also a big improvement in product handling allowing goods to be left on the shelves during closing hours.

Fruits and vegetables were placed in two refrigerators one with the KtV filter.
After 2 months we tested the state of preservation of the products.

The results are excellent: fruit treated with M-PURE KTV technology by NANOHUB
remained appealing and kept its concistency for a long storage period (2 months).